Of all the screen adaptations of Beau Brummell, the 1954 MGM production is the most lavish. With grand settings, gorgeous costumes, and attractive stars, it is drawn directly from the studio’s basic blueprint for glossy historical dramas. Now available on Blu-ray from Warner Archive, the film read more 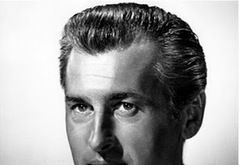 
Maddy Loves Her Classic Films is our hostess for The Stewart Granger Blogathon running April 13th and 14th. Click HERE for the eclectic articles on the British born star. Milton Lott's Pulitzer nominated novel of 1955, The Last Hunt was the basis for Richard Brooks' screenplay which he directed read more

On Blu-ray: Robert Taylor and Stewart Granger in The Last Hunt (1956)


Based on a novel by Milton Lott, but featuring real buffalo herd thinning, the Richard Brooks-directed The Last Hunt (1956) is an unusual mix of fact and fiction. It comes from a period where westerns took on more moral complexity. Heroes are less certain, violence isn't as superficial, and a feelin read more

Footsteps in the Fog (1955) with Stewart Granger and Jean Simmons


Share This! “Another woman once thought she owned me.  Don’t drive me too far!” —Stephen Lowry to Lily Watkins Stephen Lowry (Stewart Granger) is in deepest grief, face ashen, head bowed during the funeral of his wife.  Around the grave in the interminable Victorian drizzle are his friends read more


Stewart Granger (6 May 1913 – 16 August 1993). His first starring film role was in the film, The Man in Grey (1943). A British film melodrama made by Gainsborough Pictures, which are a series of period costume dramas. Directed by Leslie Arliss and adapted by Doreen Montgomery from the nove read more