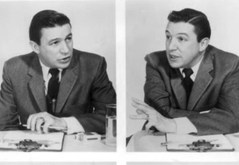 
Something different for this week. Long before he became the head reporter and interviewer on 60 Minutes, Mike Wallace gained notoriety for an interview show called Night Beat which aired from 1955-1957 on the Dumont network’s New York affiliate WABD during a late night time slot. This led to read more 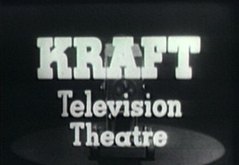 
I’ve written quite a bit about Rod Serling and his work in early television, especially his live teleplays for various anthology shows. What’s amazing is not so much his prolific output, many writers were able to churn out perfectly adequate scripts for these shows – that’s h read more


Please check out this review!!! Originally posted on : “There is a fifth dimension, beyond that which is known to man. It is a dimension as vast as space and as timeless as infinity. It is the middle ground between light and shadow, between science and superstition, and it lies between the pit of read more