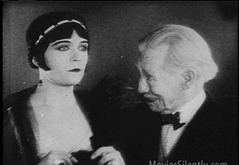 
By Fritzi Kramer on September 15, 2014 in Blog, Humor, Silent Movie Rules Asking countesses (particularly if they are played by Pola Negri) to see their tattoo is never a good idea. First of all, Pola is perfectly capable of walloping you. Second, it’s none of your darn business. (If you are read more 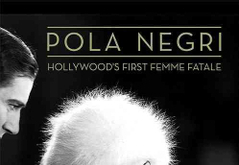 
Pola Negri was an actress who lifted herself up by her bootstraps, away from a world of poverty in Warsaw.  Along the way, she became identified with the excesses of Hollywood in the silent era, a moniker that’s stuck with her into today’s day and age.  If you’re looking for eviden read more 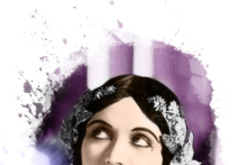 
Still causing controversy after all these years… Pola Negri (1897-1987) Country of birth: Poland Birth name: Barbara Apolonia Chalupiec The basics: Raised in poverty, Pola Negri was a trained ballerina whose dancing career was ended by tuberculosis. Negri tried her hand at acting, made her fi read more 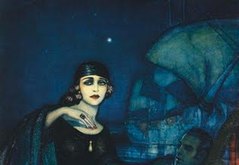 Pola Negri and Rudolph Valentino: Birds of Paradise in Love


Pola Negri & Rudolph Valentino by Federico Beltrán Masses Should two of the silent era's most glamorous, exotic stars have had a dignified, low-profile romance? Back in the day, running almost parallel with Garbo and Gilbert (called Gilbo or Garbert by the press -and we thought we were so witty read more 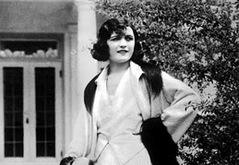 
Pola Negri, as a teenager she was accepted in St. Petersburg Imperial Ballet, where she showed great promise until she contracted tuberculosis and was forced to end her dance career. Pola auditioned for the Warsaw Imperial Academy of Dramatic Arts and became a stage actress. By the time she was 17, read more