The Stop Button Posted by Andrew Wickliffe on Dec 1, 2014


It’s hard to imagine a more supreme melodrama than Random Harvest. Almost the entire first hour (of two and a nickel), the film chronicles the blissful romance of Greer Garson and Ronald Colman. He’s an amnesiac World War I veteran, she’s on the stage–a combination of song a read more 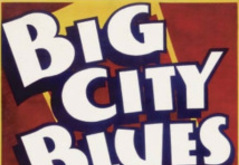 
I’ve been meaning to write about one or two more obscure pre-Codes that I’ve seen in the last few weeks, but haven’t got round to it and my memory of some of them is already starting to fade. So here is a short posting on one of these, Big City Blues, starring Joan Blondell and wit read more