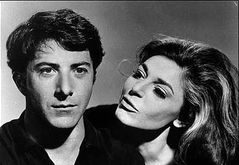 Noir and Chick Flicks Posted by Dawn Sample on Mar 1, 2013


The Graduate(1967). Comedy/drama. Directed by Mike Nichols. It is based on the 1963 novel, The Graduate by Charles Webb, who wrote it shortly after graduating from College. The screenplay was by Buck Henry, who makes a cameo appearance as a hotel clerk. Cast: Dustin Hoffman, Anne Bancroft and read more 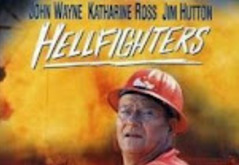 
Here are some interesting tidbits about Katharine Ross's title quote. She made it during the production of Hellfighters (1968), which is not the kind of publicity favored by movie studios. She had only made a handful of films at that time, though one of them was The Graduate (1967)--s read more