"Call me Ishamael." Herman Melville's opening line to Moby Dick is one of the most famous first sentences in English literature, and yet, when a large volume of the book is opened to the first page in the credits of this pre-code take on the novel, there is no Ishamael in sight. The man himself neve read more


In a new release from Warner Archive, Marian Marsh and John Barrymore follow up their partnership in Svengali (1931) with The Mad Genius (1931). This unusual drama is not quite as bizarre as the previous film, but is just as full of pre-code antics and Barrymore eccentricities. Barrymore is Ivan Ts read more

Silent Movie Rule #13: Don’t be pushy! John Barrymore will join the Bolshevik uprising when he is good and ready


By Fritzi Kramer on January 7, 2015 in Blog, Humor, Silent Movie Rules Tempest was one of many silent Hollywood romances set around the Russian Revolution. One of the most troubled productions of its day, the film had a revolving door for directors and leading ladies. The resulting film reveals non read more


In a memorable scene in Tempest, Camilla Horn and John Barrymore’s characters were tricked into a waltz. Halfway through one of the most barbed and hostile dances this side of Pride and Prejudice, Mr. Barrymore took matters into his own hands and dumped Camilla. These two characters must hav read more 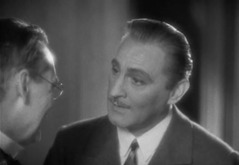 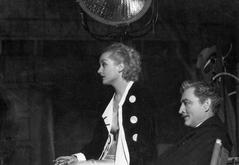 
Whenever Carole Lombard felt a bit down -- and given her ebullient personality, such times likely were few and far between -- seeing this picture probably served as an emotional tonic. It was inscribed by John Barrymore, the legendary actor with whom Carole co-starred in her most pivotal picture, "T read more