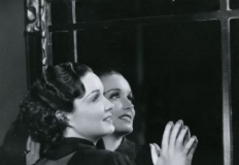 
Gail Patrick Jackson, High Priestess June 20, 2015 / The Cinema Dilettante In honor of what would have been Gail Patrick’s 104th birthday, I want to talk a little bit about why she’s long been one of my personal heroes. When one mentions the heroes of read more 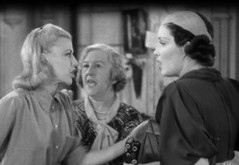 
This post is part of Backlots’ 4th Annual Dueling Divas Blogathon. Check out the other entries! If you haven’t seen Jean (Ginger Rogers) squabble with Linda (Gail Patrick) in Stage Door, I envy you. It’s just such a pleasure. Three minutes into the movie, they are already at it: Jean thinks Linda read more 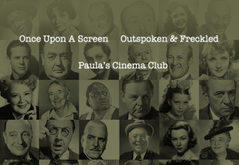 What a Character! Blogathon: Gail Patrick


Last year, Once Upon a Screen, Outspoken & Freckled, and Paula’s Cinema Club hosted the What A Character! Blogathon – which proved to be a treasure-trove of hilarious and underappreciated actors and roles. I contributed a post on Sam Levene. This year, they’re BACK, with even read more 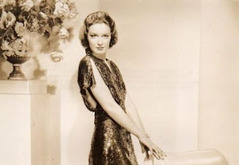 
This is the third in the "Bitches and Blaggards" series; monthly posts devoted to my favorite movie bad girls and rogues. A bitch is a selfish, malicious woman. A blaggard is a villain, a rogue and a black-hearted man. Both are bad, both are devastatingly alluring.Gail Patri read more


A Happy Birthday to one of my top 5 favorite actresses of all time, Gail Patrick (1911-1980) Gail appeared in three certified screwball comedy classics: My Man Godfrey (1936), Stage Door (1937) and My Favorite Wife (1940) among other things. And Dawn, you will like this, Gail along with her husband read more