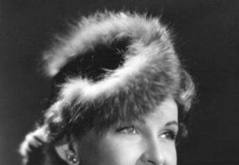 CineMaven's Essays from the Couch Posted by Theresa Brown on Jan 22, 2015


Bette & Barbara. Myrna & Irene. Ginger & Norma. Doris & Ingrid. Lana…Rita…Ava. See, I don’t even have to give you their last names. You know immediately who I’m talking about. They are Stars. Their brilliance shine like beacons through the decades. And they ga read more 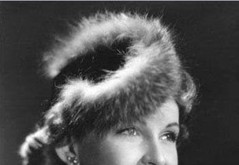 
Mary Frances Gifford was born December 7, 1920 in Long Beach, California. At the age of sixteen Gifford had applied to UCLA School of Law with no intention of pursuing an acting career. With a friend, she visited the studios of Samuel Goldwyn to watch a film being made and while there was spotted read more


Frances Gifford, While visiting the studios of Samuel Goldwyn to watch a film being made she was spotted by a talent scout who brought her to the attention of Goldwyn, who signed her on an acting contract. After only performing in minor roles, she moved on to RKO where she was cast in several uncre read more