With her curly bobbed hair and perfect profile, petite Evelyn Brent was a stylish actress with serious star power during the 1920s.   'Feathers': ﻿ When Brent was cast in Josef von Sternberg's 1927 silent classic Underworld costumed by Travis Banton, it was fashion magic. Th read more 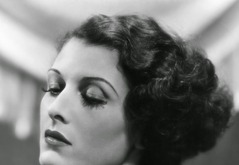 
This is my entry in the Classic Movie Blog Association Forgotten Stars blogathon. Click HERE to read more entries about stars who were once at the top of the heap. EVELYN BRENT:  The Scowling Seductress of the Silents the beauteous Evelyn Brent The rise and fall of Evelyn Brent is a tru read more 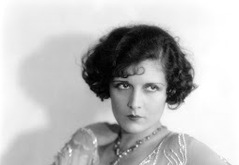 A Tribute to Evelyn Brent

Noir and Chick Flicks Posted by Silentfilmfanatic on Sep 1, 2013


Born Mary Elizabeth Riggs in Tampa, Florida, on October 20, 1899, to a fourteen-year- old Italian mother and a seventeen- year-old Irish American father, the actress had a miserable childhood. Her father died when she was three years old and her mother died and left her penniless at the age of fou read more


Unless you’re a devotee of Josef von Sternberg’s films of the late 1920’s you probably haven’t heard of Evelyn Brent. More than likely you’ve seen images of her, for she was a striking beauty, but you just can’t seem to place her or remember who she was. Brent was a popular Paramount silent read more 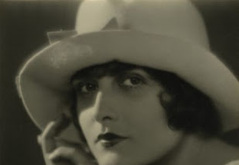 
Evelyn Brent (October 20, 1901 - June 4, 1975). she was 10 years old when her mother Eleanor died, leaving her father Arthur to raise her alone. After moving to New York City as a teenager, she worked as a model which led to a wonderful opportunity in the new business of making movies. She visit read more