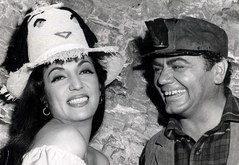 
If we have enough good times together, I’m gonna get down on my knees. I’m gonna beg that girl to marry me. -Ernest Borgnine as Marty Well, here’s something a little different than our usual Classic Movie Coincidences… Both Ethel Merman and Katy Jurado share a birthday today, read more

Love Letters to Old Hollywood Posted by Michaela on Jun 1, 2016


Call Me Madam is a film I can't believe isn't more well-known. Let me list some of its features: Ethel Merman, Donald O'Connor, Vera-Ellen, gorgeous costumes, beautiful dancing, Irving Berlin tunes, and oh yeah, George Sanders singing and making me fall madly in love with him. Aren't you mad this fi read more


Murray Schumach wrote Ethel Merman’s New York Times Obituary and wrote this: “Beginning in 1930, and for more than a quarter of a century thereafter, no Broadway season seemed really complete unless it had a musical with Ethel Merman.” When, among a cast of thousands your absence is felt, then read more


I recently re-watched Airplane (1980), and I was stunned to see Ethel Merman in a brief cameo. I couldn't believe that I had forgotten this hilarious moment. I checked out her filmography later, and realized that this was Merman's last movie role. What a great way to go! Singing your most read more 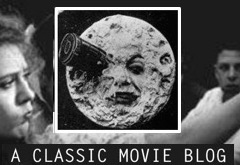 TV Tuesday: Ethel Merman Belts One Out For Vel


This is the most enthusiastic commercial for dish soap I've ever seen! Ethel "Merm" Merman make Vel sound like an incredibly exciting product. I love the way she says "icky pan". read more