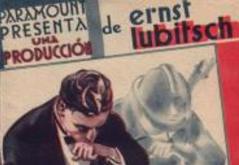 
I’ve been watching a lot of Lubitsch’s famous pre-Code musical comedies recently, so thought it would be interesting also to see this little-known serious anti-war drama which he made at the same period, starring Lionel Barrymore. Broken Lullaby – also known as The Man I Killed, af read more 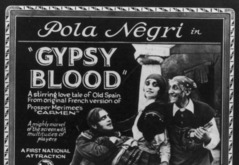 Noir and Chick Flicks Posted by Silentfilmfanatic on Aug 2, 2010 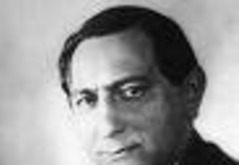 Ernst Lubitsch, "To Be or Not To Be," and Lombard's last impression


Ernst Lubitsch, "To Be or Not To Be," and Lombard's last impression Coming to America Director Ernst Lubitsch left his native Germany in 1922 at the invitation of silent-screen legend Mary Pickford. He directed Pickford in two popular films, Rosita (1923) and The Marriage Circle (1924). Ri read more


Trouble in Paradise features some great filmmaking. Here, Lubitsch runs wild with the passage of time–there’s a great sequence with various clocks marking the minutes, but there’s a lot of carefully orchestrated fades as well. The film opens with an excellent mixed shot–agai read more