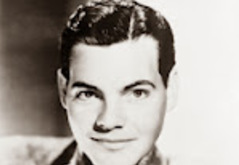 The Man on the Flying Trapeze Posted by David on Jan 7, 2014


Of all the actors and actresses who appeared in 1930s movies, Eddie Quillan (1907-1990) was certainly one of them. He began in vaudeville as part of a family act called "A Little Bit of Everything," which included his parents, his sister and two brothers. He made his film debut as a teenager i read more