Eddie Fisher (August 10, 1928 – September 22, 2010). He will be greatly missed as a talented singer and entertainer, who was one of the world's most famous and singers in the 1950s, selling millions of records and having his own TV show. He was married to Debbie Reynolds, Elizabeth Taylor, a read more 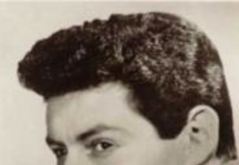 
Pop singer and occasional classic movie actor Eddie Fisher has passed away at the age of 82. Perhaps best known today as the father of Star Wars actress and snark-tastic writer Carrie Fisher and television stalwart Joely Fisher, Eddie Fisher was one of the most popular singers of the 1950s. His mar read more