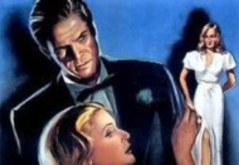 
Share This! Duryea! …that fascinating tough-guy of “Scarlet Street”! If one was to toss out the name Roy William Neill most would shrug and rightfully claim ignorance of the man in question. A smaller subset would know Neill as the director of most all of the Universal Sherlock Hol read more 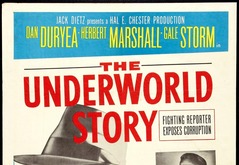 The Bad-Good Good-Bad Guy: Dan Duryea in The Underworld Story


Nobody could deliver a line quite like Dan Duryea. My favorite comes in 1949’s Manhandled, when his slimy, gum-chewing private detective brags, “You’re not talking to a cluck Charlie. You’re talking to a guy who knows all the angles.” It wasn’t his wittiest line, read more 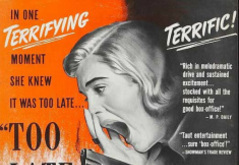 
Not Terrifying. Not Terrific. Too Late for Tears (1949) What a silly, silly movie this is. Imagine if Patty McCormack's Rhoda Penmark from The Bad Seed grew up, got married, and started missing that penmanship medal. Maybe I'd been spoiled by the three Mexican pictures at Noir C read more