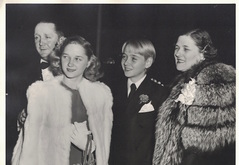 Exclusive Interview with Claude Jarman Jr. Part One: The Yearling and Clarence Brown


Claude Jarman Jr. Child Star of The Yearling Talks about The Yearling, Director Clarence Brown and More CMH is thrilled to say that we’re kicking off a series of exclusive video interviews and articles with Claude Jarman Jr. today. Claude made his feature film debut starring as ‘Jody read more


James Stewart and Hedy Lamarr make an unusual romantic combination – especially when she is dressed in stunning gowns by Adrian and he is down to his last dime. However, this surprising pairing works well in the MGM romantic comedy Come Live with Me. This isn’t one of the greatest films read more


Come Live with Me features exquisite direction from Clarence Brown. Whether he’s pacing out a reveal, directing a conversation or just being inventive with composition, he does an outstanding job. George J. Folsey’s photography helps, as do the fantastic sets. It’s a shame good di read more 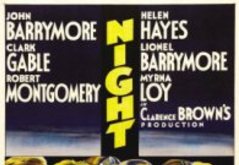 
MGM was at one time said to have “more stars than there are in heaven”. The studio certainly poured quite a few of them into its 1933 drama Night Flight, produced by David O Selznick and directed by Clarence Brown, which features both John and Lionel Barrymore along with Helen Hayes, read more


I was expecting The Rains Came to be a standard soap–with some ethnic flair, of course (Tyrone Power’s an Indian doctor, Myrna Loy’s a British lady). Instead, it’s a little like… Maugham-lite. Neither Loy nor Power is the lead (in fact, Power’s in it so little he read more