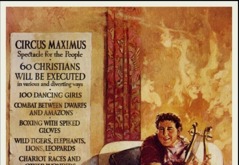 Pre-Code Corner: Skin and Savagery in The Sign of the Cross: 7 Vicious Pre-Code Moments


Skin and Savagery in The Sign of the Cross: 7 Vicious Pre-Code Moments An epic tale of decadence, morality and religious persecution adorned with lust, violence, love, and everything in between, Cecil B. DeMille’s The Sign of the Cross (1932) remains one of the most audacious pictures of the p read more 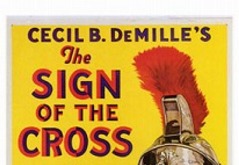 
Movies about the persecution of oppressed peoples cover all ethnicities and religions since time immemorial, and with Christianity at an all-time high in the 1920s/1930s it’s easy to figure out why Hollywood filmed The Sign of the Cross.  Unfortunately, time isn’t kind and The Sign of th read more 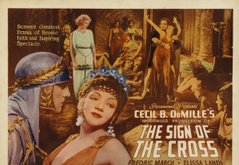 
As Nero (Charles Laughton) watches Rome burn, he blames Christians for starting the whole thing rather than admit he started it.  Nero’s accusation places all Christians in Rome in great danger.  When Titus (Arthur Hohl) and Flavius (Harry Beresford) publicly admit to being Christians, they read more