The Stop Button Posted by Andrew Wickliffe on Jun 21, 2015


For a film called Tarzan and His Mate, Johnny Weissmuller’s Tarzan doesn’t get much to do. He spends the film rescuing Maureen O’Sullivan (which is one of the more frustrating aspects of the film–she doesn’t exhibit any jungle survival skills until the finale) from a v read more 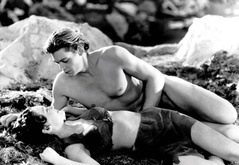 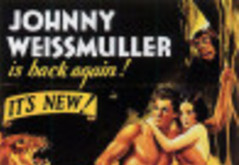 Tarzan and His Mate 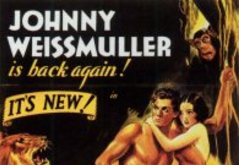 
About a year after the events of Tarzan the Ape Man, Harry Holt (Neil Hamilton) returns to the African jungle with Martin Arlington to go back to the elephant graveyard to gather some ivory. But Harry isn’t just hoping to go home with some ivory. He’s still in love with Jane (Maureen O read more