Susan Lenox (Her Fall and Rise)


Today, I'm reviewing Susan Lenox (Her Fall and Rise) (1931), starring Greta Garbo and Clark Gable. This article is part of the At the Circus Blogathon hosted by Critica Retro and Serendipitous Anachronisms. Greta Garbo was perhaps the least likely old Hollywood star to run away and join the c read more 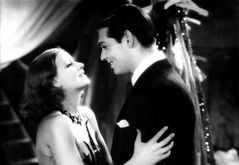 Noir and Chick Flicks Posted by Dawn Sample on Jan 7, 2013


Susan Lenox (Her Fall and Rise)(1931). Cast: Greta Garbo and Clark Gable. Directed and produced by Robert Z. Leonard. The music was by William Axt, the cinematography by William H. Daniels, the art direction by Cedric Gibbons and the costume design by Adrian. The film's supporting cast includes: read more 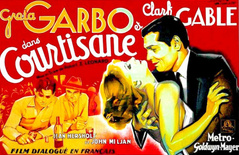 Susan Lenox: Her Fall and Rise


Born out of wedlock to a mother who died in childbirth, Helga (Greta Garbo) is left to be raised by her strict uncle Karl (Jean Hersholt). When Karl tries to force Helga into marrying Jeb Mondstrom (Alan Hale), she runs away in the middle of a thunderstorm.  She makes her way to a house where archi read more