There’s a biblical verse that warns against storing up treasures in heaven where moth and rust destroy and where thieves break in a steal. Jean Valjean keeps two silver candlesticks with him always — they’re probably the nicest things he owns — but their true value signifies read more 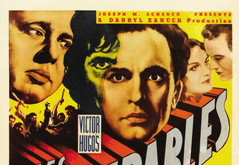 
Les Miserables is a hard novel to adapt into a film. The book itself is gargantuan to hold; even in tiny print, English translations run at least 1,000 pages. Try compressing that into a two-hour film. Then add singing. The stage musical, opening in 1987 on Broadway, has no spoken dialogue; it is a read more 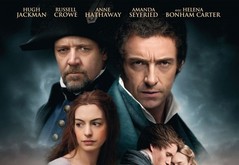 
Director Tom Hooper adopted a huge legacy when he agreed to make yet another version of Victor Hugo’s classic French tale. There are two French film versions of the story: the epic Raymond Bernard production of 1934 and the lesser-known 1958 film directed by Jean-Paul Le Chanois. Hollywood presented read more